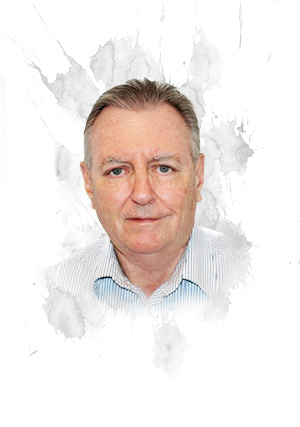 Paul Woodson is a logistics, transportation and management professional for major special events and incidents with 25 years’ experience. He has worked some of the highest profile disasters, events, and conferences in the world, involving the most complex logistics and transportation challenges. He spent much of his career working for governmental organizations or on government related projects around the world. In the 1990’s he worked for eight years in the Pentagon as an aide to the Deputy Under-Secretary of Defense for Logistics. He has travelled to more than forty countries working on some of the world’s most important special events. He is a former member of the White House traveling staff and worked on presidential events involving multiple international, federal, state and local government organizations.

Paul has worked in planning, logistics and transportation for major international organizations such as the United Nations, the G-8, APEC, NATO and the World Economic Forum. Paul has managed transportation venues for many other high profile events including six Superbowls, three Presidential Inaugurations and five national presidential nominating conventions. In 1999 and 2000 he was the Director of Transportation for the America’s Millennium celebrations in Washington, DC which attracted 500,000 attendees. He was the Director of Transportation for the Grand Opening Ceremonies of the William J. Clinton Library and Presidential Park directing a staff of 36 professionals and almost 200 vehicles including 125 buses. He has worked on several projects for the governments of Ukraine and the Republic of Georgia.

He has experience working in the National Incident Management System and Incident Command System operations as part of the National Response Framework. For several years, he has been heavily involved in response to and recovery from emergencies such as Hurricanes Katrina, Rita, and Gustav, including several emergency evacuations. He also worked on transportation logistics in Kosovo during the refugee crises in 1998. In 2012, he was a Resource Unit Leader in Louisiana during the Deepwater Horizon Gulf oil spill.

Where in the world is Paul Woodson?