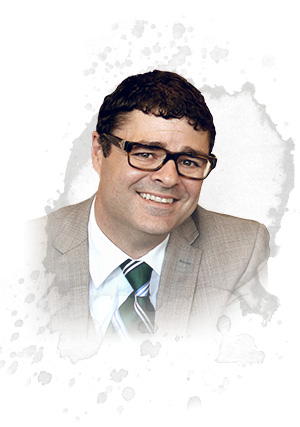 “Get better every day” is Jimmy’s credo – and with an induction into the event world that began at the age of nine for a US Presidential Inauguration – Jimmy has had a lot of time to hone his mad skills. His excellence as a planner, an operator, and a leader is unparalleled in the mega-event world. He is a passionate leader who prides himself in having performed every job he asks his team members to perform. Jimmy also enjoys playing music and spending time at rugby and football with his three boys.

James has more than twenty years of experience managing large, complex events including multiple Summer and Winter Olympic Games, numerous NFL Super Bowls, major US party political conventions, Presidential Inaugurations and the recent 2015 US Papal Visit for the World Meeting of Families. His breadth of experience includes many facets of event operations such as Transportation, Security, Venue Management, Accreditation and Accommodations.

James served as the Director of Transportation for the Vancouver 2010 Olympic and Paralympic Winter Games, managing a Workforce of over 10,000 and an operating budget of approximately $180 Million CAD. James oversaw the design of the Parking and Permitting Program for the London 2012 Olympic and Paralympic Summer Games. He has led numerous operational reviews for multiple Transport providers for London 2012, including FirstGroup, LOCOG, and the Olympic Delivery Authority (ODA). James recently served as the Executive Head of Directly Managed Transport for the ODA, successfully delivering more than 1million spectator journeys for the Summer Olympic Games. He recently led a project to improve the NFL Fan experience at all 31 National Football League stadiums and helped deliver the inaugural Santa Fe Summer Series Horse Show at HIPICO Santa Fe. Jimmy also lends his expertise to the International Folk Art Market. His efforts have increased customer safety for the Market, as well as revenues for the Artists and their communities in more than 50 countries around the world.

During his extensive event management career, James has had the opportunity to work with a wide variety of levels of Government and develop familiarity with all relevant client groups in support of these projects. James is known in the event industry for his diplomacy and for developing innovative operational solutions within challenging political, economic and operational parameters.

Where in the world is James Campbell?