If you haven’t lived through planning and delivering an Olympic Games, it’s close to impossible to understand what a herculean effort goes on behind the scenes. From a theoretical perspective, there is much that could be improved. From an operational viewpoint, it’s painful. From a TV viewer’s vantage point, it’s the world’s greatest expression of sport, entertainment, and advertising: the competitions, the dramatic personal interest stories of the athletes, the pageantry, the multi-cultural gathering– it’s pure gold. But in the rare instances that we operators are able to tune in or hear to the discussions that the Olympic Games provoke across our local and global communities, we are often struck by some of the misinformation that is out there. On the heels of Sochi 2014 Winter Olympic Games, we thought it might be helpful to start the year out with some fun facts and insights from an insider.

1. French and English are the Official Languages of the Olympic Games

2. Sport, Culture, and Environment are the three pillars of the Olympic Movement.

3. Peace out. The Olympic Truce is a tradition from Ancient Greece dating back to the 8th century BC. It became a period of around three months during which wars were suspended, legal disputes halted, and death penalties paused. Olympism aims to place sport at the service of the harmonious development of humankind, with a view to promoting a peaceful society concerned with the preservation of human dignity. The recent violence in the Ukraine has cast a long shadow on the spirit of the Olympic truce for these Games. Check out more about Olympism.

4. Sexy times in the Olympic Village. Olympic organizers supplied over 100,000 condoms in the Olympic Village the Vancouver 2010 Winter Games. Commentators portray the village as a place where many people stay, but access is restricted to competing athletes and their coaches and Olympic officials. Many athletes choose not to stay in the Village to avoid exposure to illness and to keep their head in the game.

5. Did you know there is something called the Cultural Olympiad? The Cultural Olympiad is a program where Games organisers offer hundreds, even thousands of cultural events and performers from across their nation. The Cultural Olympiad showcases performers and art of the host nation and provides a platform to enhance cultural awareness. Many of these events run concurrently to milestones in Olympic planning or competitions. Organisers often provide many of these events free of charge and throughout the host city, contributing to the general atmosphere of community and celebration, and supporting the Olympic pillar of Culture.

6. The IOC Does the Picking. The International Olympic Committee chooses host cities following a bidding process which has become known for it’s political jockeying and for wining and dining. When the Games occur in a place like Sochi, we see that process being called into question by not only the media, but also the public at large. There are noble motives involved in trying to offer the Games to a broad swath of countries, but clearly the rapidly shifting geo-political landscape of our world can make the ultimate outcome less than predictable. When Sochi was awarded the Games, things looked very different than they did by Games-time. Sustainability and operational viability are valid reasons to examine new models.

7. Why do we see empty seats on TV? Tickets don’t always sell out. Logistical challenges such as accommodations and transportation can make it less cost effective to fill the seats than not. Seat fillers are sometimes used in areas that will be broadcast-heavy. Sponsors are required to purchase large ticket packages which in many cases they will not use.

8. TV and Soda pop. The broadcast rights and corporate sponsors are critical engines for the Olympic movement. The Olympic Games are one of the most effective international marketing platforms in the world, reaching billions of people in over 200 countries and territories. 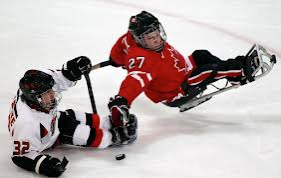 9. Check out the Paralympics. It won’t get the mainstream broadcast coverage, but the Paralympics are incredibly exciting and inspiring. The Paralympics are perhaps the best-kept secret in spectator sport. Tickets are more available and less expensive and the athletes are more accessible. Begun in 1948 as a movement for returning war veterans injured in the line of duty, the Paralympics has grown to become one of the largest international sport events on earth, including multiple competitions for athletes with physical impairments. I recommend sledge hockey. These athletes are hard core. http://www.youtube.com/user/ParalympicSportTV

10. Who does this stuff for a living? Each iteration of the Games brings up a new crop of planners and operators and many catch the Mega-Event “bug” and new “experts” from different nations are borne. There would be great operational and fiscal value in the IOC taking a more directive approach to these things, but then they would wear more risk as a governing body. In truth, they do their best to balance the success of the franchise with allowing each host city and nation to really own their Games. They do provide a Transfer of Knowledge program, along with some oversight, but it’s fairly cursory. Hands-on training and mentoring is the only way to learn in this field. Sparrowhawk Academy’s training and mentoring programs have provided fantastic opportunities for our trainees across the world. Because of the unique environment of Mega-Events, there is great opportunity for rapid upward mobility in the industry. Success as a career Mega-Event manager requires a nomadic spirit, one-team approach, and endless hard work. But the Games gypsies, as we call ourselves, form a global community, a network that Sparrowhawk has codified and can call upon. We know from experience how individuals deliver, and how best

to support planning and operational requirements. And it’s not just about the project for us. Sparrowhawk strongly supports the Olympic philosophy of life – “to create a way of life based on the joy found in effort, the educational value of good example, and respect for universal fundamental ethical principles.” In our tempestuous world, the aspirations espoused by Olympism remain worthy of our efforts, and we strive to infuse these principals into all of the work we do.

to support planning and operational requirements. And it’s not just about the project for us. Sparrowhawk strongly supports the Olympic philosophy of life – “to create a way of life based on the joy found in effort, the educational value of good example, and respect for universal fundamental ethical principles.” In our tempestuous world, the aspirations espoused by Olympism remain worthy of our efforts, and we strive to infuse these principals into all of the work we do.